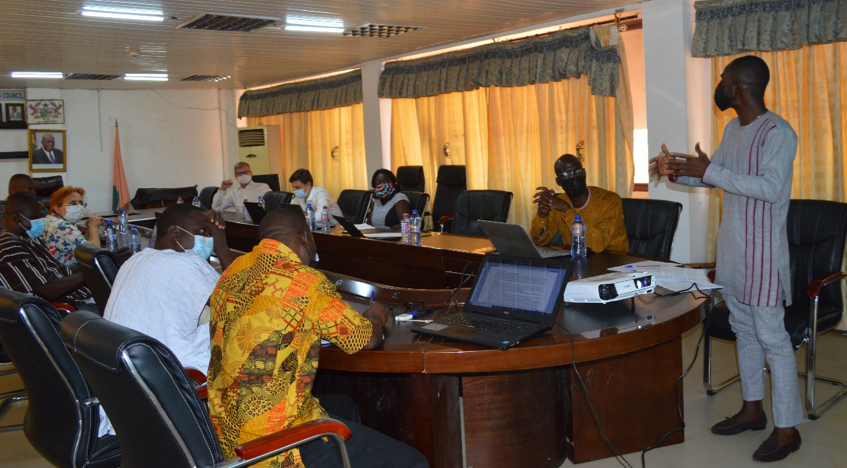 The West African Centre for Water, Irrigation and Sustainable Agriculture (WACWISA) of the University for Development Studies (UDS), on Thursday, 8th April 2021, held a meeting with the German International Cooperation (GIZ) to finalise discussions on implementation of some components of the “Green People Energy Project”. WACWISA will be mainly involved in the Development of Curriculum and Training on Solar Powered Irrigation Systems (SPIS) in Northern Ghana. This project forms part of a Memorandum of Understanding (MoU) between WACWISA and GIZ-Green People’s Energy Project on Capacity Development in Solar Pumping and Irrigation System. The SPIS which will be implemented by WACWISA, seeks to support the development of capacity of farmers and financial institutions on the use of solar-powered irrigation and financing modules to support the acquisition of solar-powered irrigation system, especially in the five (5) northern regions of Ghana-Northern, North East, Savanna, Upper East and Upper West. This is to empower local farmers on the adoption and use of solar-powered technology for irrigation of farmlands in Northern Ghana.

With the availability of sufficient surface and groundwater resources coupled with enough solar radiation for irrigation in northern Ghana especially during the dry season, the energy needs for water lifting has been recognized as very important. Solar-Powered Irrigation System (SPIS) therefore presents itself as a very important system using the sun’s energy as a renewable resource. 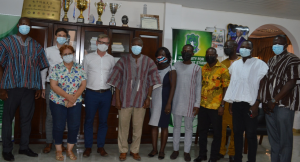 The WACWISA team, led by the Director, Prof. Felix K. Abagale and the GIZ team, led by the Project Manager, Mr. Rafael Wiese, were both hopeful that the project outcomes will benefit the intended stakeholders and improve sustainable use of water resources for agricultural practices among local farmers in Ghana.

The project will also establish a Solar Powered Irrigation System (SPIS) as a demonstration site for training purposes at the Nyankpala Campus of the University.