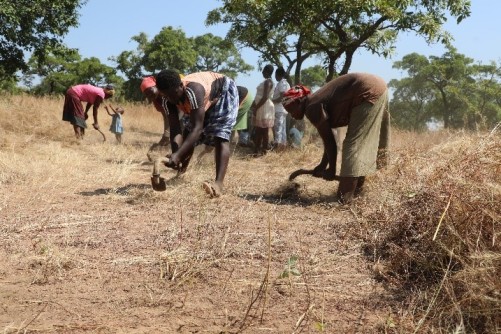 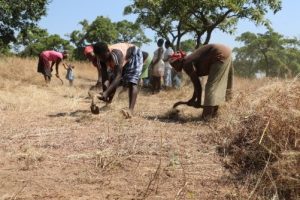 Northern Ghana is characterized with a relatively short rainy season, spanning between April to September and a long dry season between October to March every year. Temperatures and other weather conditions, coupled with human activities have been identified as the leading cause of bushfire in most parts of Northern Ghana.

In Kanania, an implementation community of the Climate Change Resilience of Ecosystem Services (CRES) Project in the Kasena Nankana Municipality of the Upper East region, the women groups embarked on the construction of fire belt around an area planted to 800 baobab seedlings.

The activity was undertaken with support from field officers of Organisation for Indigenous Initiatives and Sustainability, Ghana (ORGIIS Ghana) and witnessed a mobilization of 120 women and men from six (6) groups from the Kanania Community. The group undertook two levels of fire belt protection construction. The first level involved a fire belt of the entire plantation area, whereas the second level involved immediate fire belt around the transplanted seedlings. According to Azimlogo Shahud Ibn Iddrisu, field officer of ORGIIS “Successful creation of the fire belt around the planted area was great. With this we believe there will be no harm to our planted seedlings unless otherwise someone intentionally out of self- interest or malice comes to burn the place”. 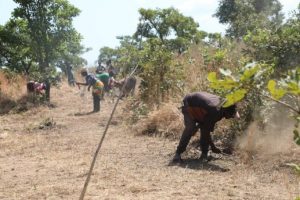 The fire belt construction has been undertaken by the women group, after recommendations from initial seedling transplanting inspection involving a team of researchers from the West African Centre for Water, Irrigation and Sustainable Agriculture of University for Development Studies (WACWISA-UDS), Tamale, Ghana and a team from ORGIIS in the Kanania Community.

GTEC and AAU visit WACWISA on Monitoring and Management

WACWISA Students Trained in Working with Drones under the CRES Project